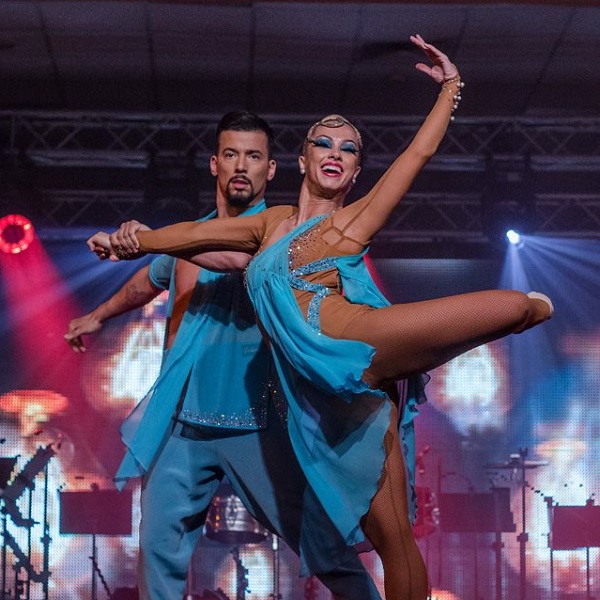 She started dancing at a very early age. She comes from dancing classical ballet, contemporary dance and jazz. When young, she won several and relevant international prizes from which she got a grant to study in the prestigious school “Laban Center”, in London.

In 2000, she travelled to Spain so as to definitely settle in Europe. The very same year she joined the National Ballet team in Zaragoza, where she could develop herself due to the amount of solo roles she performed. At that time, such group was the only Classical Dancing group in Spain – which was recognised world wide due to its demanding high level. Besides, she had the chance to work in the local television and get to know artists such as Francisco Céspedes, King África, Rocío Durcal y Rocío Jurado, among others.

He was deeply interested in music by the age of 9, although it just lasted for a short period of time. Still, he never dissociated himself from it. He felt a really big passion towards tropical music, he used to hear his father as an enthusiast for Eddie Palmieri and Ruben Blades as well as the music by Celia Cruz and Sonora Matancera and, after such heritage from his grandfather, dancing would play a very important role in his life.

Adrian who is persistent and self -taught has its beginnings as an artist in the main discos of his town. He was known as the “salsa character” in his country in no more than a year, while doing many performances and salsa shows in all possible scenarios.

In year 2004, he moved to Barcelona with the aim of acquiring further knowledge and living for this main passion: SALSA. At that time, he won the Spanish Championship and from then onwards, his career has simply continued growing and growing. In 2005, he got the second position in the same competition and by then, he was asked from the so-called “Príncipe de la Salsa” Johny Vázquez to join his famous dancing company “Imperio Azteca”. Likewise, they started to travel for about a year due to several international events.

Both Jhonny Vázquez and Ramón Morales were, undoubtedly, the essential key for his artistic development while indirectly setting his style as a dancer. Finally, in 2005, he met Anita in a Salsa Congress in Tarragona. Six months later, they decided to become dancing partners and then it came the turning point in the history of Latin dance worldwide.

Since they started dancing together, ADRIAN and ANITA have occupied the national and international dancing contexts while participating as top stars. Likewise, they stay ahead of the salsa field and it is not surprising to find them in all major events worldwide. They have already visited more than 40 different countries where they have, of course, left their trace: USA, Switzerland, the Netherlands, Germany, Korea, Mexico, Brazil, Greece, Bulgaria, Russia and therefore, an endless list of places which have surrendered to the art of this spectacular combination.

Their innovative and fully energetic shows have marked a milestone in all those dancing couples that consider ADRIÁN & ANITA, as a referent to follow. Their lectures as well as teaching their own techniques and the great variety of dancing rhythms have definitely helped and entertained thousands of fans to Caribbean rhythms everywhere around the world.