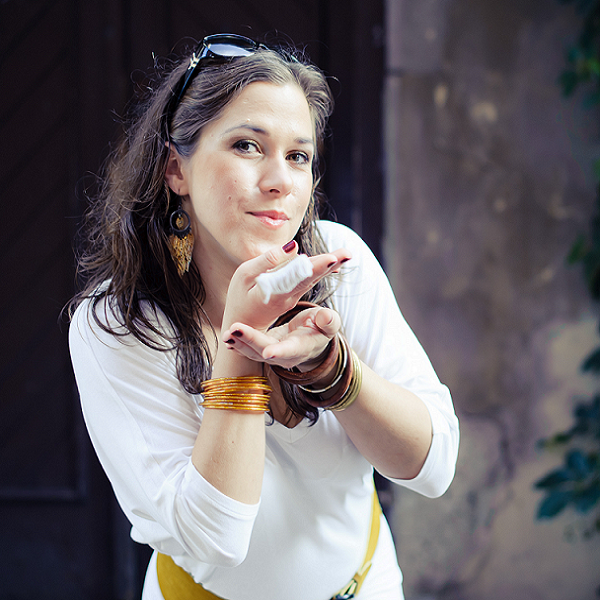 She’s been dancing for quite a while now. In her dance-biography apart from cuban salsa, rumba and reggaeton there are many more dance techniques: ballroom dance (over 12 years of experience), contemporary (5 years), as well as flamenco and argentinian tango. Throughout her career she’s been competing in the Poland’s Championships finals as well as creating characters on the stage in dance theatre’s spectacles of Cracow Dance Theater.
Yet the greatest joy and energy she discovered in cuban salsa. Passionate about all afro-cuban dance styles (rumba, son, chachacha) as well as afrocuban folklore (Yoruba, arara) for the spontaneity, natural moves and joy they are full of. She’s been constantly improving her skills and discovering the richness of afrocuban culture at many dance festivals across Europe and private classes with instructors such as Sergio Larrinaga (Maestro Coreografo de Conjunto Folklorico Nacional de Cuba), Leydy Martinez, Greechen Mendez, Yeni Molinet, Yura and Santiago, Jorge Camaguey, Yanek Revilla, Yunaissy Farray, Julio Manguero as well as on the streets of Cuba’s cities. It’s the traditional street savour in the dance she enjoys the most and passes on to her students.
As a dance teacher she is recognized for her ability to pass on knowledge and explain the difficulties of cuban movements as well as her vibrant stories directly from Cuba.
Her most recent project is a 50 min long performance „La Culpa” based on afro-cuban dance techniques, which has been created with her group Ahí namá. Ahí namá in cuban slang means „the best that has been created so far”.