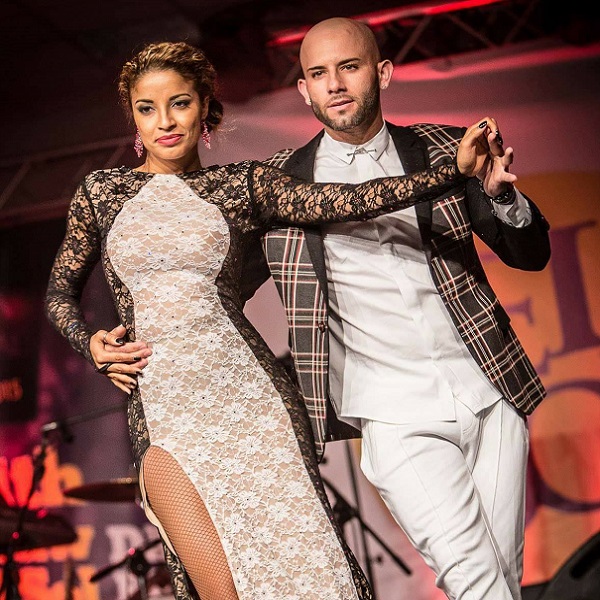 Although Tanja “La Alemana” Kensinger begun her dance career in April 2005, she has already managed to win the recognition of both, the salsa and bachata community. Tanja and her partner, Jorge Burgos (ATACA Jorgie), became one of the most recognizable couples at the bachata scene thanks to their performance to “Te Extraño” by Xtreme, which by storm won the hearts of bachateros around the world. Tania knows the basics of classical dance, jazz, ballroom dancing and step. Her boundless energy and infectious smile, both on stage and off it, don’t leave anyone indifferent.

For born in Puerto Rico, Jorge “ATACA Jorgie” Burgos, dance has always been an integral part of life. Since 2006, when he began his professional dance career, he has won over the sympathy of thousands of dancers, captivating them with his outstanding dancing skills, style and smile. Together with Tanja, he performed at numerous bachata and salsa congresses around the world, including Poland, France, Belgium, the UK, Bermuda as well as many places in the United States. They have even performed with such bachata artists as Toby Love and Xtreme. Jorge is known not only for his outstanding dance skills but also for his talent as an instructor. His classes show the new material in a clear and transparent manner, and also bring in a large dose of laughter and positive energy. Some are great dancers, some are great instructors – Jorge is one and the other.