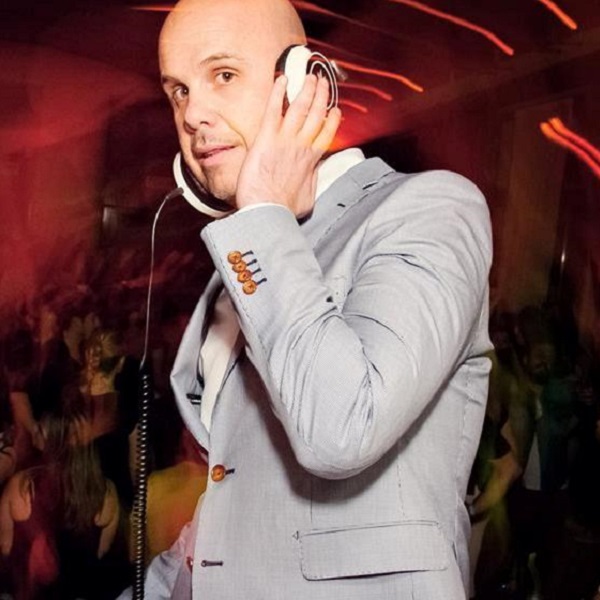 Dj Estelio “El Social” (Stelios Moutzouris) started Dj-ing in the early 90’s by playing rock music and enriched his repertoire by playing World music, Acid Jazz, Groove, Funk, Chill out and Soul . . . He was one of the youngest djs in the city of Volos (Central Greece) spinning at the best bars and clubs of the city. One of them was the “Zona Roxa” club which was the place that made him love the music of salsa, chachacha, bachata etc.

Some years later he met  Salsa y sueñO dance team, who introduced  him to the dance of salsa and he is now their main Dj in Volos and Larisa where they teach. He spins every week at the salsa parties of  Salsa y sueñO  which are known as the most succesful latin parties of the city and also at many other events! He is also one of the organisers of the festivals below:
– SKI & SALSA WEEKEND (taking place every winter) and the
– GREEK SALSA BOOTCAMP (happening every summer).

He is now well-known all over Greece as one of the best national Djs of latin music playing salsa, merengue, bachata, kizomba, cha cha cha, latin jazz, reggaeton etc.

Stelios adores playing Salsa Dura from NYC and his excellent DJs sets for social dancing have earned  him the nickname of ‘El Social’.

He has participated in many events as well as in national and international Salsa Congresses which are the following:

He has been also invited to play his music at many popular latin clubs in Greece and abroad.

Stelios was the Dj of the Guinness World Record Syrtaki that took place in August 2012 in Volos, Greece.

He is also in charge of the musical events held in 5* Domotel Xenia Volou and 5* Xenia Palace Portaria.