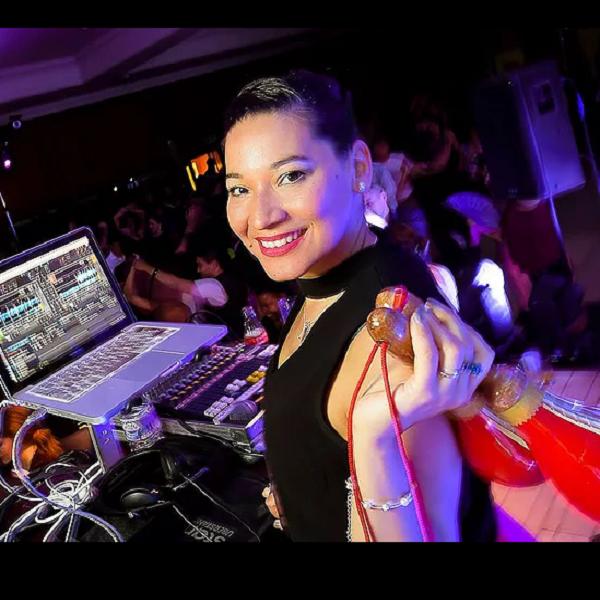 Originally from Venezuela, DJ Tuli has been spinning Salsa, Mambo, Guaguancó, Cha-Cha, Bachata and other Latin sounds in London and its surroundings, working for some of the best salsa organisers in the UK as well as co-hosting a radio show called “The Latin Explosion” broadcasted live from London on Colourful Radio.

She also regularly DJs in the UK for the likes of:

And has been guest DJ in previous years for Palladium Mambo, Incognito Dance, SOS, Metrolatina, Salsa Contigo UK, Ritmo Latino, ABCD, as well has having had the privilege to DJ at one of London’s most famous club: Ministry of Sound.

On an international level, she has had the amazing opportunity of DJ-ing at some great European and other salsa festivals / events around the world such as:

Tuli started listening and dancing to Salsa music from an early age; passion for which only grew stronger after coming to the UK, performing regularly at a Salsa venue back in the early 90’s called “Down Mexico Way”….then in the 00’s she joined the Mambolifestyle Dance Company (directed by Irene Miguel) which also led to dance performances across the UK and abroad.

Although, DJ-ing has been a fairly recent undertaking for Tuli, this has been a thoroughly enjoyable learning curve & she is committed to continuously update her knowledge in Latin music scene and becoming a well accomplished DJ.