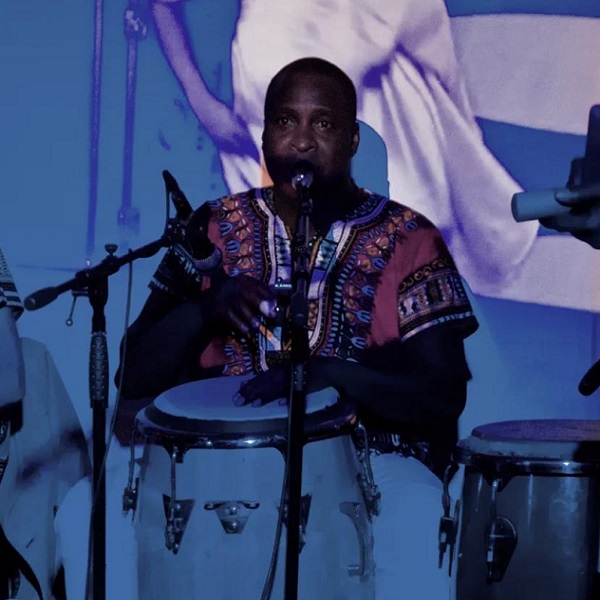 Gerardo is an accomplished percussionist and singer who has lived and breathed Afro-Cuban music, and Rumba in particular, since birth.
He is an ex-singer of the world-renowned Grammy winners Yoruba Andabo, with whom he performed both at major venues and festivals in Cuba and internationally.
His voice is easily distinguished on the recordings of such great bands as Irosso Obbá and The London Lukumi Choir. Gerardo is the founder and leader of the band Gerardo y su Rumba Aché, based in London. In the UK, he has performed at venues like the Royal Opera Hall, the Jazz Cafe and the Forge. His collaborations as percussionist and singer include artists like Eliel Lazo and Carlos Acosta.
Gerardo has led percussion and singing workshops in various cities across the UK and Europe.