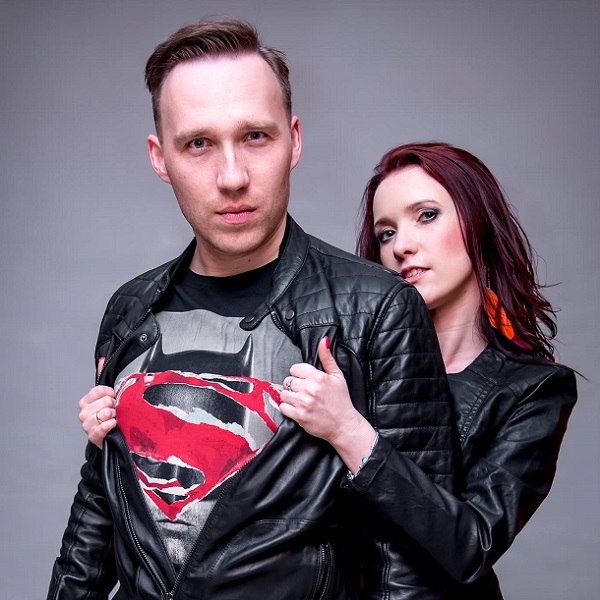 KAROLINA
She graduated from Ludwik Solski Academy for the Dramatic Arts,
actress in ROMA(Musical Theatre) in Warsaw and J. Kochanowski Popular
Theatre in Radom. Her adventure with dance began at age 4 at Ballet
School in Cracow. After five years of training, she decided to try
some folk dance in ZPiT “Male Słowianki.” Then she had classes of
musical dance and funky jazz in “Studio Theatre, Music and Dance”,
numerous dance workshops and classes with techniques: hip hop, video
clip dance, broadway and jazz. Karolina was dancing on several stages
in Poland and abroad and on TV programs.

As a choreographer and dance instructor Karolina has been working
since 2005. In 2005-2007 she had her own dance group FLOW(based on
funky jazz, hip hop etc)

Karolina constantly participate in several festivals each year in
Poland and abroad. She is also an organizer of Warsaw Bachata Meet Up!
and BachataStars Poland.

She is never closed on one technique. She appreciate the versatility
and individuality. She is believing that through work you can achieve
anything, you just have to want it.

He always thought that he is all thumbs to dance but he was trying to
change it. In 2000 he joined the Song and Dance Ensemble at Warsaw
University of Technology. 2003 was the first time when he had contact
with salsa on the events conducted in the gallery “Off”. Since then,
he constantly improving his skills. He loves bachata, salsa New York
style on2 and Los Angeles on1. In 2005 he won the third edition of
“Salsa in the dark.”, organized in Warsaw club Palacio. He was a
member of the rueda group called “The clackers.” As the first in
Warsaw he became interested in the bachata sensual style and he began
to teach this technique.

Gregory participates in manyfestivals and workshops exploring the
secrets of the dance with the best dancers in the world. Annually
participates in several festivals in Poland and abroad, constantly
improving his skills, because “you can always do something better.”

He is working also as a DJ, playing at the parties and festivals.

His dance is exuberant and full of energy.

They’ve been dancing together since 2010. They grew on salsa, but from
2012 bachata is their true love. As a couple:

They were qualified to the World finals 3 times in a row.

Nowadays they are teaching and training together in Warsaw and
different cities in Poland and abroad.