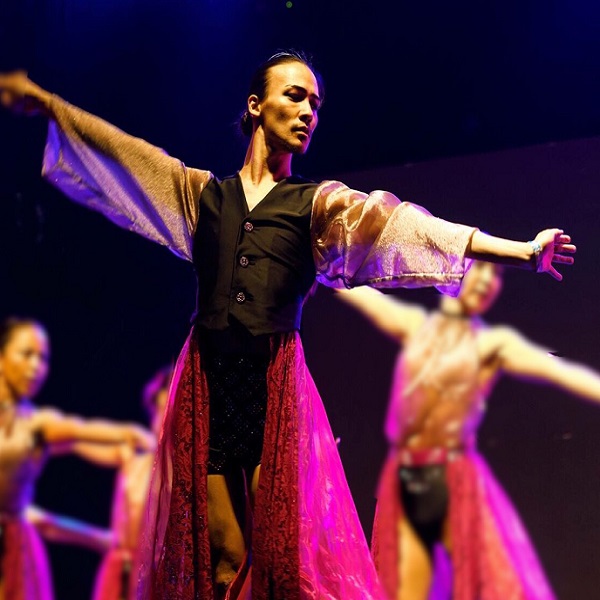 Produced by Yuta Higa, launched in 2010 in Tokyo. All Ishadow members are huge dance addicts and dedicate their passion to
performing. Although they are non-professional dancers, they have a
loyal following of fans and are highly praised by the audiences,
which Yuta confidently attributes to the members’ hard work.

In the choreography, Yuta pays the utmost attention to the
synchronicity of sounds, movements and formations, which he always
want the audience to enjoy through the physical senses.

Specialties: hand washing clothes, taking up too much space when
social dancing

Originally from Okinawa, based in Tokyo. Yuta Higa is one of the
most renowned and stylish salsa dancers/Instructors in Japan.
Although he received training only in salsa, Yuta’s self-developed
style is distinctive, dynamic, and full of attitude. He has loved
dancing as a leader and a follower as well and is uniquely skilled
in both roles. With over many years of dance experience, his goal is
to engage the audience in “fun” and “enterning” social dancing
rather than “cool” or “impressive”.

His passion for salsa started at age 11 when his mother took him to
lessons in Okiniwa. He set up his own dance studio and began
organizing several dance teams in high school. After graduation,
Yuta went to New York to enhancing his art. He returned to Japan 2
years later and established “Ishadow” dance company in Tokyo, which
he concentrates in teaching and show productions under.