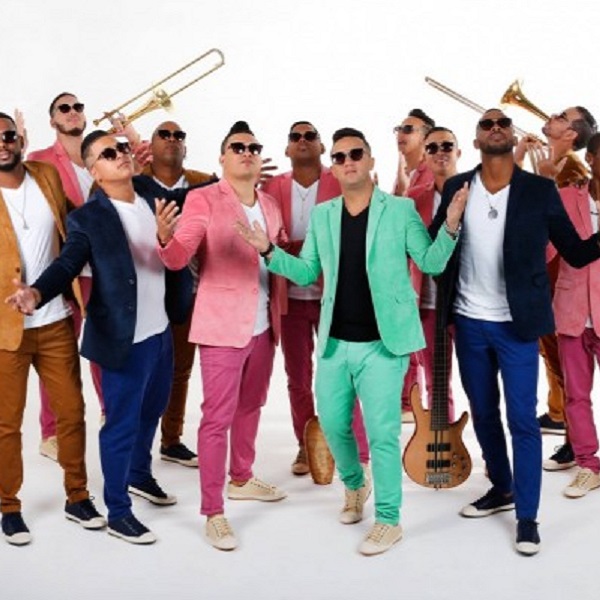 Maykel Blanco was born on January 21, 1981 in Havana, in a family that has nothing to do with music. But he liked listening different radio music programs and their parents were very good dancers; he enjoyed listening and humming popular songs. Since he was very liFle, he used to be involved in school cultural acGviGes, as well as in his neighborhood and in different public places, where he sang, danced and imitated arGsts in fashion, someGmes with saucepans, boxes or anything that might be percussed.

At the age of 12, he began to study percussion at night school “Geraldo Guanche”, later on, at the conservatory “Amadeo Roldan”. When he was just 15 years old, he established his own group, and began to obtain great successes in the movement of amateur arGsts, receiving mulGple awards.

At 18 years old, he formed his first orchestra: “Suprema Lay”, associated to the “Centro Provincial de la Música Rafael Somavilla” in the province of Matanzas. Just 2 years later as the orchestra was created, the record company (label) “Envidia Record” from Spain, included them in their catalog.

The young Maykel working very hard will produce over 10 CDs, and recording as a percussionist in more than 40 CDs and will compose a big part of the songs of the Jazz group « Habana Express ».

In 2005 he assumed the musical direcGon of “Salsa Mayor”, devoGng all his energy, creaGvity and his musical talent to it, will receiv 5 nominaGons and an award as “The Best Art DirecGon” .

Within a short Gme we find him at the head of the musical programs of the country. From 2007 Maykel Blanco as director of his orchestra, becomes one of the main representaGves of the Cuban music in various countries of the world, mainly Europe. He realizes internaGonal tours also in important fesGvals. In Italy he receives the price of the “BeFer Group of Cuban popular music “, in the years years 2006-2007. The same year he receives the price of the best concert live in Paris, in France. This young 32-year-old musician remains faithful to the Cuban popular music, and is called ” musical Machine of Cuba “: ” La Maquina de Cuba « .