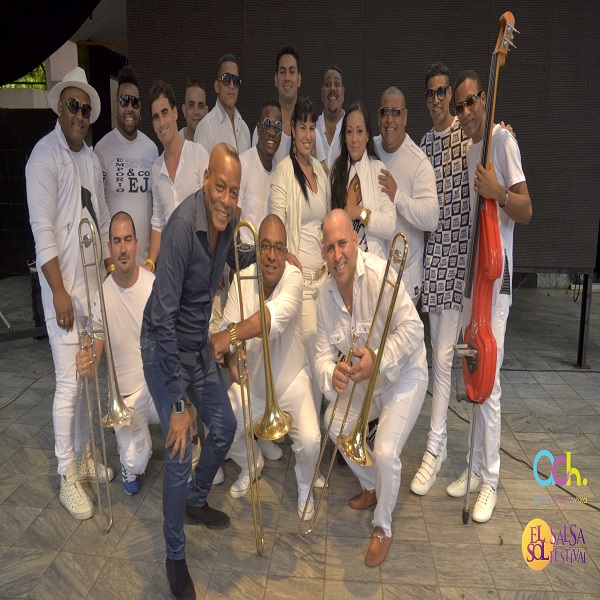 Orquesta Reve, commonly known as ‘El Charangon de Elito Reve’, is a music legend in Cuba and a worldwide known artist of fame. The Orquesta Reve was founded in 1956 by Elio Reve Matos, a brilliant musician from Guantanamo, who died in 1997. Today his son, Elito Reve, ensures the musical direction of the band.
Many of the musicians and singers currently in the forefront of the Cuban music scene, have been members of Orquesta Reve. In more than half-century of history, the Orquesta Reve was not only an incomparable orchestra of popular dance music, but a laboratory from which derived other orchestras, other innovating and successful musical formulas. For instance one can cite Ritmo Oriental, Los Van Van, Dan Den, Pupy y los Que Son Son. When in the middle of the Fifties Elio Reve settles with Havana, he decides to form an orchestra of the Charanga type with the intention of modernizing the traditional Changui.

Probably the biggest intuition of this brilliant Guantanamero was to conceive Changui as an open musical genre which could be influenced by other musical forms or rhythms (changui-shake, changui- pachanga, changui- guaguanco, changui – timba). Its relation with Changui was extremely creative and successful. Its music, today like yesterday, is the happy expression of a creative synthesis between tradicion and innovation. This is confirmed by the success of the tours that the Charangon undertook through various times, in Europe, Peru, Canada, United States, Japan and in West-Africa.

In 2016 the band celebrates its 60th Anniversary. This will be celebated throughout the year with several releases, events and tours. El Charangon wil release, on the 4th of March a new album on Sony Music Mexico ( lic. Bis Music) that will be called ‘La Salsa Tiene Mi Son’ with international colaborations from Gilberto Santa Rosa, Alexander ofGente D’ Zona, Issac Delgado, Buena Fe, Jose Alberto El Canarioamonst many others. Later in the year (expected late spring 2016) La Reve will release a brand new studio album to be called “Suave Que No Hay Mas Na’ produced by Dagoberto Gonzalez, which will feature the brand new line up of the Orquestra and will showcase a new sound, including a track andcollabotation with the Island hottest Reggaeton actYomil & El Dany. El Charangon de La Reve is preparing some mayor events during the year to celebate this special moment in which they will invite international artist to their Anniversary in La Habana Cuba, on the Island as well as abroad.