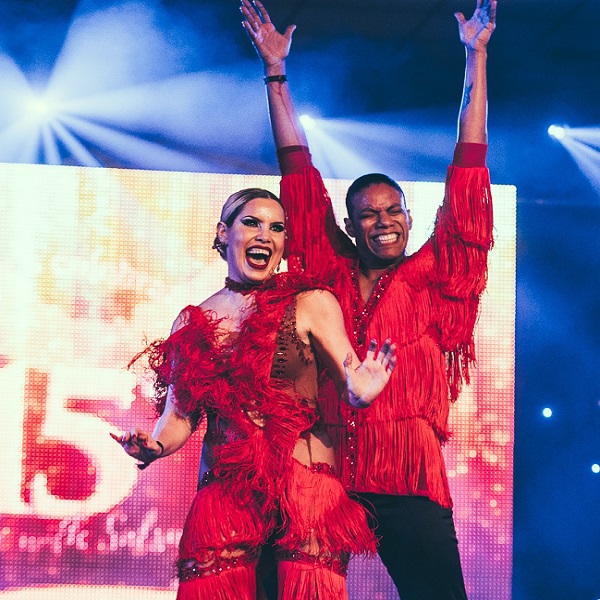 Wilmer Najarro Mora and Maria Del Carmen Moreno Torres were born in Habana, the charming capital, where the great historical, artistic and cultural heritage of the Cuban people finds its highest expression.

Maria graduated in 2000 from the Academy of Dance Tropicana Bailarina of Habana. She studied ballet, modern, contemporary, Cuban folklore, Spanish dance. After graduation as a dancer, she continued her artistic career as a dancer in the corps de ballet of TROPICANA CABARET SHOW and the MACUMBA in Havana.

Arrived to Italy in 2002 and became part of the dance troupe Show Restaurant “EL NIÑO DE FUEGO” of Numana. Started to work with various schools. Since 2006 she has been invited to the biggest shows and events in Latin world throughout Europe, involved as teacher and artist.

Wilmer and Maria are in possession of the Italian diploma of “Master of Dance” with specialties in Caribbean Dances recognized and awarded by the MIDA-Italian Masters Dance Sports-Professional Association of Teachers of Dance and Dance-technical FIDS-Italian Dance Sport Federation-National Sports Federation recognized by CONI.