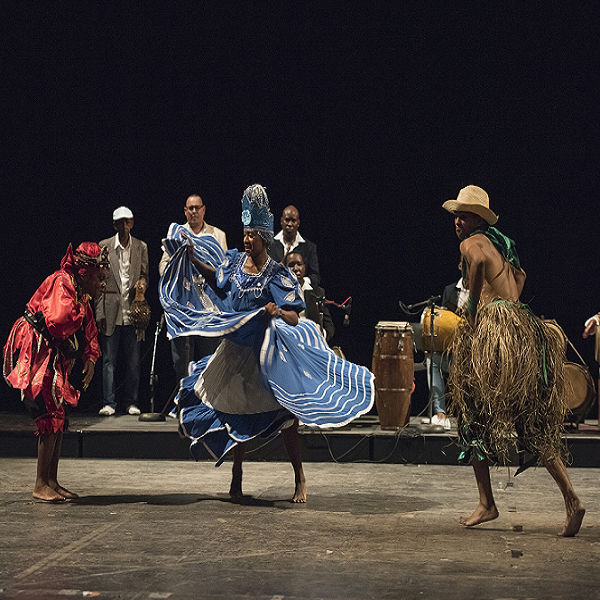 Yoruba Andabo is a Cuban band and a company of 16 talented singers, percussionists and dancers, performing original sacred West African music preserved as it has been interpreted locally, after it had been brought there by slaves in the late 16th century. The ensemble takes its name from two African words loosely translated as “the friends and followers of the Yoruba lands and culture.”

The Company had its genesis in the docks of the port of Havana in 1961, when workers gathered at trade union parties and artistic events. This brought about the emergence of the Guaguancó Marítimo Portuario ensemble that in 1985 began its professional work under the name Yoruba Andabo. From that moment on, the music group has been performing at different activities organized by the Cuban Union of Writers and Artists (UNEAC). Yoruba Andabo has worked with the Cuban record label EGREM, at the initiative of the composer and singer Pablo Milanes, and shared the stage with folk singer Merceditas Valdes.